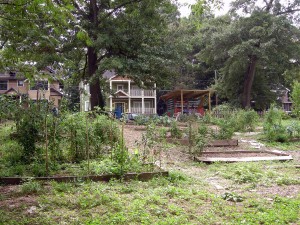 “Welcome Back Westview” – Join the Westview Community Organizations’ Garden Committee, the Atlanta Community Food Bank, and FoodCorps volunteers to get ready for the fall/winter garden at 1439 South Gordon Street.

Yummy food from local farms will be there just for you.

This is our land – it’s time to get to work! 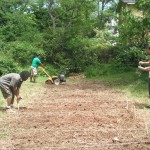 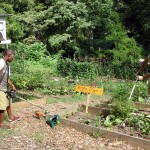 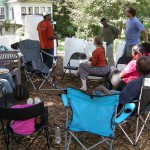 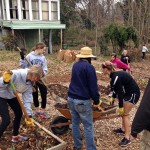 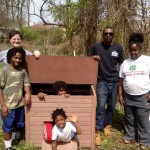 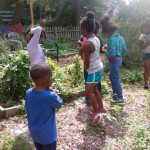 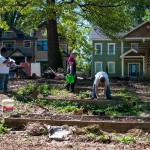 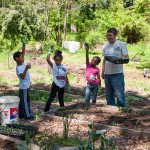 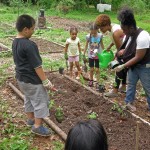 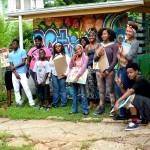 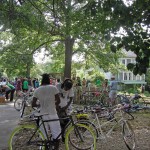 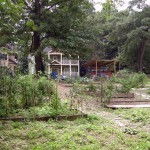 Trees Atlanta invites you and your family to help plant over 50 trees from 9 a.m. to 12 p.m. in celebration of Hispanic Heritage Month.

On Saturday, May 10th, community members came back together to continue work at the Westview Community Garden. Additional beds were prepared, kids received instructions on how to put plants in the ground, and construction-oriented neighbors continued work on the shed by adding a gutter to collect rain water. Also notice the still-in-progress artwork on the shed wall!

To view photos of the garden work day day view the photo gallery below (click “continue reading”) or visit the Westview Facebook page. 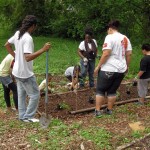 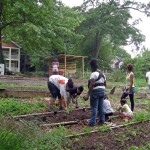 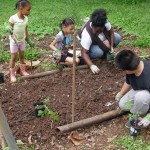 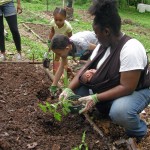 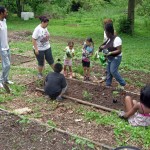 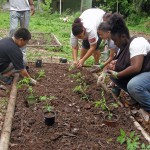 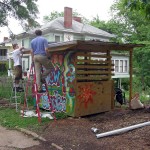 After a cold and long winter the night time temperatures have finally become mild enough to plant the seedlings in the community garden. And so young and old joined together to mow, till ground beds, and to start planting the first tomatoes, okra, bush beans, and peppers in the raised beds. The work is not done, but we’re excited to finally have the first set of plants in the ground!

To view photos of the planting day view the photo gallery below (click “continue reading”) or visit the Westview Facebook page.

END_OF_DOCUMENT_TOKEN_TO_BE_REPLACED 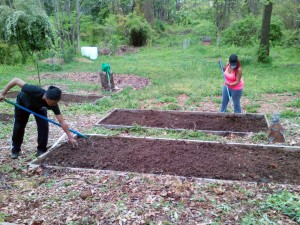 With the winter behind us and night time temperatures rising it’s time to plant our veggies in the Westview Community Garden on South Gordon Street. Over the past few months neighbors have been prepping beds and growing plants from seeds in their homes, but it is time for the little seedlings to move to their permanent homes!

This season we expect to plant:

Saturday, October 27th, 2012 was a busy day for the Westview community. Both Trees Atlanta and HouseProud were in the neighborhood doing work.

Trees Atlanta got big help thanks to the fourth grade class (and their parents) from the Westminster School. Trees were planted along the landscape strip on Stokes Avenue and additional trees were planted in the front yard of houses on East Ontario Avenue.

In the meanwhile HouseProud and its volunteers were busy painting a house next to the Stokes Avenue Pocket Park. The owner, Ms. Pippy, was ecstatic about the work and even picked up the brush to do a little work.

Trees Atlanta will be planting trees along Stokes Avenue and East Ontario Avenue on Saturday, October 27, 2012 starting at 9:00am. Please meet at the Stokes Avenue Community Park at 1556 Stokes Avenue, Atlanta, GA 30310.

Trees Atlanta will be planting trees along Stokes Avenue and East Ontario Avenue on Saturday, October 27, 2012 starting at 9:00am. Please meet at the Stokes Avenue Community Park at 1556 Stokes Avenue, Atlanta, GA 30310.