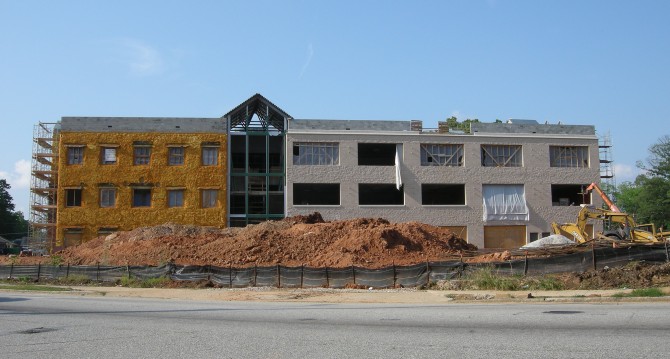 Construction at KIPP Strive Primary in 2013. A $10+ million project to create a Leed Certified charter school.

The redevelopment of Westview into a livable, connected community over the past five years has quickened. Redevelopment efforts focus on commercial/economic development, institutional, residential, transportation/connectivity and green space. Major construction projects, commercial renovations and residential rehabs all contribute to ongoing development of the neighborhood.

The Westview neighborhood is fortunate enough to be one of the intown neighborhoods along the Atlanta BeltLine. Workshops and community planning sessions have already taken place, and some aspects of the plan have already been implemented. Learn more…

Every neighborhood has a vision for its future. Westview worked on a Master Plan, which was officially adopted by the City of Atlanta in 2011. Learn more…