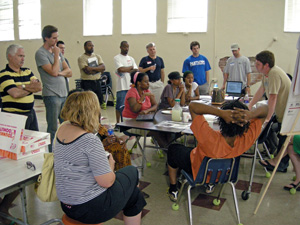 The Westview neighborhood had been included in a number of development plans and studies, including: the BeltLine Master Plan (2005), the West Lake LCI Study (2006), the Campbellton-Cascade Corridors Redevelopment Plan (2006), and the BeltLine Abernathy-Cascade Master Plan (2010). Westview community members played an active role in creating each of these plans, and because of this involvement, members of the Westview Community Organization (WCO) Executive Committee recognized the importance of planning to encourage future development of the neighborhood. As a result, it was decided to create a comprehensive plan specifically for the Westview neighborhood that would tie together all of the previous plans and would allow for more detailed input from community members.

The Development Committee applied for, and received, a Neighborhood Fund grant through the Community Foundation in 2009 to help finance the public planning workshop. Once the date for the workshop was scheduled for May 15, 2010, postcards were printed and mailed to property owners notifying them of the event. Additionally, announcements were made at community meetings, at NPU-T meetings, via email groups, and on the Westview website. 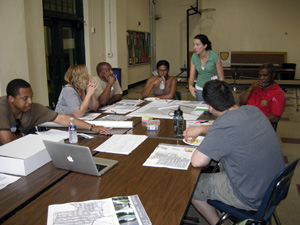 The planning workshop focused specifically on three main themes: commercial development, green spaces/BeltLine, and connectivity/walkability. Community members assessed the existing conditions and assets of the neighborhood, the various plans that include the neighborhood, and where they would like to see the neighborhood in the future.

The community’s planning process began in the summer of 2008 and concluded in the spring of 2011.

The final master plan draft was voted on at the Westview Community Organization meeting on Monday, April 4, 2011. Following the June 13, 2011 Public Hearing, the Atlanta City Council unanimously voted to adopt the Ordinance on June 20, 2011: “An Ordinance by Community Development/Human Resources Committee to adopt the Westview Neighborhood Master Plan; to amend the City of Atlanta 2008 Comprehensive Development Plan (CDP) so as to incorporate the Plan into the CDP; and for other purposes.” 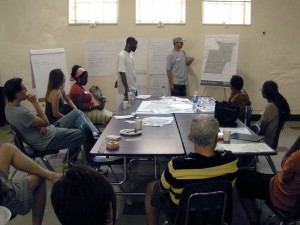 Mayor Kasim Reed gave his stamp of approval on June 29, 2011, making the Westview Master Plan an official document and part of the City’s Comprehensive Development Plan.

The officially adopted plan will allow the neighborhood to strive towards its development goals and provide a project guideline to the City when funding becomes available for such projects.

PowerPoint presentations from the workshop: