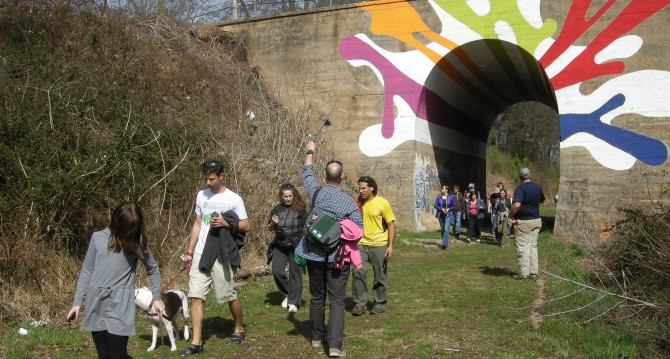 Last week Creative Loafing wrote an article about Invest Atlanta, the City of Atlanta’s economic development arm, voting to purchase the Westside Trail land from the Georgia Department of Transportation (GDOT) for $1.64 million. The Atlanta BeltLine Westside Trail comprises of former railroad land that goes from Washington Park to Adair Park (including Westview!). The board’s vote to acquire the land puts the $43 million Atlanta BeltLine trail project one step closer to starting construction in the fall of 2014.

The Westside Trail is not to be confused with the existing West End/Westview spur trail going from the Westview Cemetery to Rose Circle Park, which was a project spearheaded in cooperation with the PATH Foundation. The new Westside Trail will be located inside the former train corridor and will include construction of a flat cemented path, lighting and surveillance cameras for security, benches for resting, and landscaping.

Exciting big development for Westview in 2014!