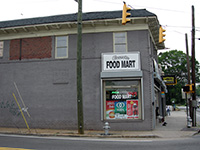 Ordinance Z-12-16 focuses on an area at the intersection of Cascade Avenue and Beecher Street in the southeastern corner of Westview, as well as adjacent neighborhoods. The ordinance reads: “An Ordinance to rezone certain properties within the Cascade Avenue corridor in NPU-S and NPU-T from C-1 (Community Business) and C-1-C (Community Business-Conditional) districts to the NC-14 Cascade Avenue-Beecher Street Neighborhood Commercial District, and for other purposes.”

In 2000 the City of Atlanta introduced the new “Neighborhood Commercial (NC)” zoning in an effort to steer zoning regulations away from automobile-focused development to a more balanced and inclusive building solution that would welcome pedestrian traffic. The goal of the NC zoning is to provide a friendly and inviting commercial atmosphere that focuses on and is supported by the surrounding residential neighborhoods. 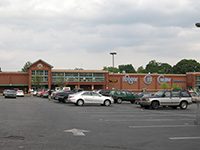 Ordinance Z-12-17 focuses on an area at the intersection of Cascade Avenue and Ralph David Abernathy Boulevard on the eastern edge of Westview, as well as adjacent neighborhoods. The ordinance reads: “An Ordinance to rezone certain properties within the Cascade corridor in NPU-T from the R-4 (Single-Family Residential), C-1 (Community Business), and the C-1-C (Community Business-Conditional) districts to the MRC-1-C (Mixed Residential Commercial-Conditional) and MRC-2-C (Mixed residential Commercial-Conditional) districts, and for other purposes.”

The Mixed Residential-Commercial (MRC) zoning was equally instated to steer away from automobile only driven development. MRC zoning encourages development that provides commercial use for street-level traffic in conjunction with higher density residential use such as condominiums or apartments above the commercial space. Its additional purpose is to focus buildings back towards the street for pedestrian traffic, while hiding automobile parking in the rear and eliminating giant parking lots with big building setbacks.

A public information session took place on Wednesday, July 25th, 2012. The ordinances are scheduled to appear on the agenda of NPU-T for a vote at the Wednesday, August 8th, 2012 meeting. If residents deem changes necessary they are encouraged to defer the vote and supply requested changes for a vote at the September NPU-T meeting.