Westview started as one of Atlanta’s early suburban streetcar neighborhoods. A large portion of the homes were built between the years 1910 and 1930, which makes it a living example of original Arts and Crafts architecture. Through hours of research and outreach we have revealed the history of what is sure to once again become one of Atlanta’s most treasured neighborhoods. 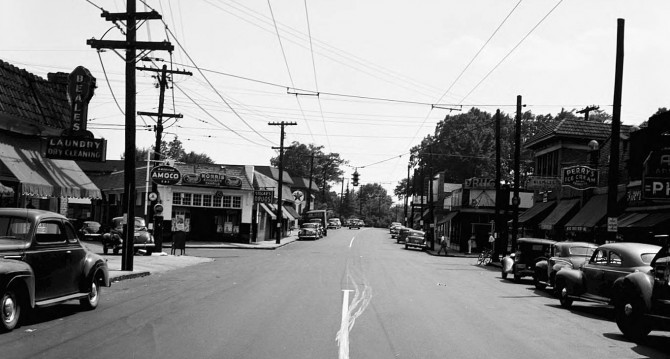 Sandtown Trail (also known as Echota Trail) was an important Creek Indian Trail that ran east from the Chattahoochee River through modern day Five Points in downtown Atlanta through the Decatur area and onto Stone Mountain. The old Sandtown Trail is now Cascade Avenue, which creates the southeastern border of Westview.

The Battle of Ezra Church took place on July 28, 1864 in the area now occupied by the Westview Cemetery. In Sherman’s attempt to capture Atlanta he sent Major General Oliver Howard to cut off the railroad supply lines from Macon. General Hood of the Confederacy anticipated Sherman’s move and sent troops to stop Howard. The armies met at Ezra Church where a battle ensued. The confederate troops were defeated, and over 3,500 men died during the confrontation. Mounds built during this time still remain to this day. 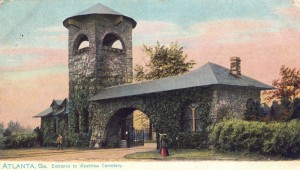 In August 1884 land was purchased for the Westview Cemetery. The Westview Cemetery was to be built to accommodate the growing population in Atlanta after Oakland Cemetery sold all of its plots. The property was described by the Atlanta Constitution as being an “exceedingly handsome piece of property” with streams, pine fields and “pleasant retreats for visitors.” It comprised of 577 acres purchased for $25,000. To date it remains the largest cemetery in the southeastern United States.

Westview is the final resting place for many famous Atlantans, such as Asa G. Candler, founder of Coca-Cola; Henrietta Egleston; Henry W. Grady, one of Georgia’s most celebrated journalists; Joel Chandler Harris, author of the “Uncle Remus Stories”; William B. Hartsfield, Mayor of the City of Atlanta; Donald Lee Hollowell, civil rights attorney; and Robert W. Woodruff, president of Coca-Cola.

The main gate (pictured above left) is one of the oldest structures still standing in Atlanta. In 1943 the cemetery constructed a mausoleum complete with a European style chapel and 27 stained glass windows. 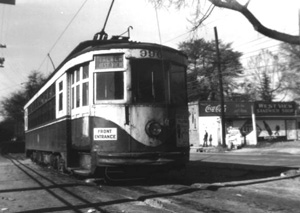 The West End and Atlanta Streetcar Company began construction of the West View streetcar line in 1886. The line ran along Lucile Avenue and up Ralph David Abernathy Boulevard, connecting the Westview Cemetery to Atlanta. A second streetcar line ran down Ralph David Abernathy Boulevard (formerly Gordon Street) and south along Cascade Avenue. Both street car lines ran to Westview until they were replaced by the trackless trolley. By 1963 the entire system was replaced by buses. (Photo courtesy of Bill Volkmer Collection.)

In April 1888 the Ontario Land Company purchased nearly 200 acres south of the Westview Cemetery. Their goal was to convert the land into a residence park to be known as “Westwood Park.” The Ontario Land Company already owned a great deal of land in Seattle, St. Paul, and other parts of the northern United States and was looking to invest in the South.

On April 8, 1888 the Atlanta Constitution explained “Westwood Park will be made one of the most attractive spots about the city. The company intends beautifying the whole tract by laying out streets, planting shade trees where needed and doing everything that will add to the attractiveness of the property. The land is elevated, is in the edge of West End, and with no bad neighborhoods or anything of the kind to cause unpleasantness. It will doubtless be an attractive addition to Atlanta – a suburb with the advantages of both city and country.” In addition to the extensive park space the Westwood Park plan was to include tennis and croquet facilities.

The Crowley Murder in Westwood Park

In September 1894 a young man named William Myers lured the son of a wealthy Roswell man, Forrest Crowley, to Westwood Park where he was murdered. The news of the murder remained in the headlines for months. Myers was found guilty and sentenced to hang, but he managed to escape and was never captured. 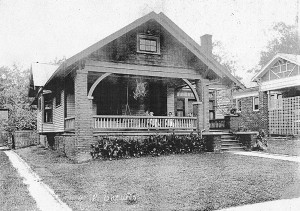 Later that year the first portion of West End Park was annexed into the Atlanta city limits. The annexation extended west from Holderness, the old West End boundary, to the West View Cemetery. The area included East and West Ontario Ave, the eastern portions of Stokes Ave and South Gordon St, and Lucile Ave. West End Park was a part of Atlanta’s seventh ward. 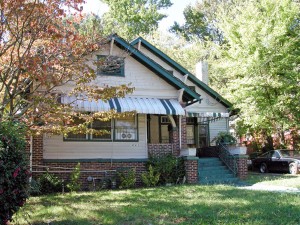 A second auction was held on April 20, 1911 and a crowd of over 700 people attended. The Atlanta Constitution explained the auction drew “easily the largest crowd attending an auction in this city.” The sales totaled $55,740.

William S. Ansley filed a lawsuit against Davis in November 1911 claiming that the West End Park Company never incorporated. Ansley asserted he had been planning to buy the property himself when he was approached by Davis. In turn Davis and Ansley bought the property and Ansley owned twenty shares in the company. When he was refused to look at the books he became suspicious and filed the lawsuit. Davis denied that Ansley “ever had any ownership rights in the property, and declares that his only rights were those of a stockholder in the company.” 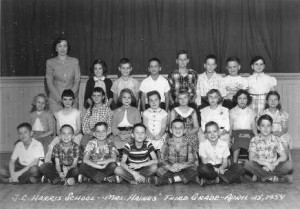 The West End Park Improvement Club came together in September 1914. By this time there were about 600 homes in the neighborhood, and neighbors were demanding “better streets and school facilities, and a fire engine house.” Their demands were answered in 1915 when a new school was built on Lucile Ave. The cornerstone of the school was laid on August 10. The school, initially known as the Lucile Avenue Grammar School and later renamed the J.C. Harris School, opened with only six classrooms.

In September 1921 another portion of West End Park was annexed into the Atlanta city limits.

The 1950’s and 1960’s were a prosperous time for Westview. The legendary Teddy Bear Grill was a popular hangout at the intersection of Gordon Street and Cascade Avenue, and a soda fountain kept the neighborhood children happy at the intersection of Inman Street and Gordon Street. Many of the former residents from this time period praise the neighborhood as being one of the best places to grow up in Atlanta.

REMEMBERING THE PAST. CREATING THE FUTURE.

History research is an ever-evolving project. If you have any historical facts to share about Westview, please contact us.