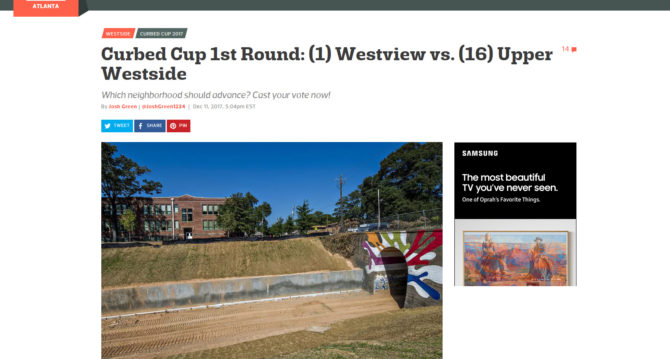 Vote for Westview in the 2017 Curbed Cup

2017 marks the first year that Westview is able to participate in the “Neighborhood of the Year” Curbed Cup! Not only did Westview make it on the participating list, but per Curbed, “residences garnered by far the most nominations of the 2017 tourney.” Go Westview!

But now it’s to the voting booth – please vote for Westview in Round 1: