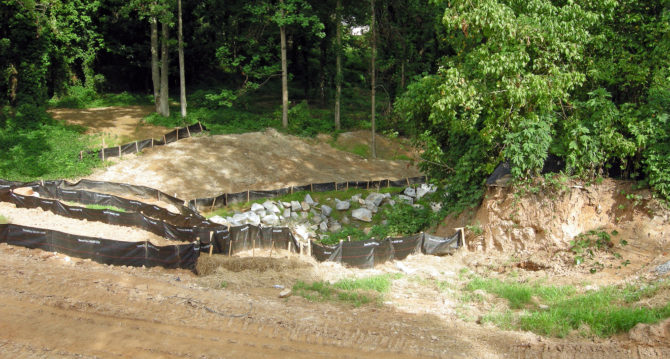 More good news on the park, greenery, and Atlanta BeltLine front – the future expanded Enota Park site will soon see movement. Trees Atlanta applied for, and received, a $46,800 grant from the National Fish and Wildlife Foundation (NFWF). The 2-year project will tackle the removal of invasive species, such as ivy and kudzu, and include tree plantings along the I-20 slope to help control erosion and create a natural buffer from the highway.

Enota Park and Proctor Creek Restoration (GA)
Trees Atlanta, Inc.
Trees Atlanta and partners will remove six acres of invasive species and trash, replant native species to stabilize slopes and streambanks, and highlight the project through adult and youth
education programming. In addition, partners will redesign the portion of Proctor Creek that flows through the site and complete a full park design. Project will capitalize on the proximity
and timing of the Atlanta BeltLine Westside Trail (Enota Park Portion) project set for completion by the end of 2017. Partners include the Atlanta BeltLine, Park Pride, the City of Atlanta and
the Westview Community Organization.