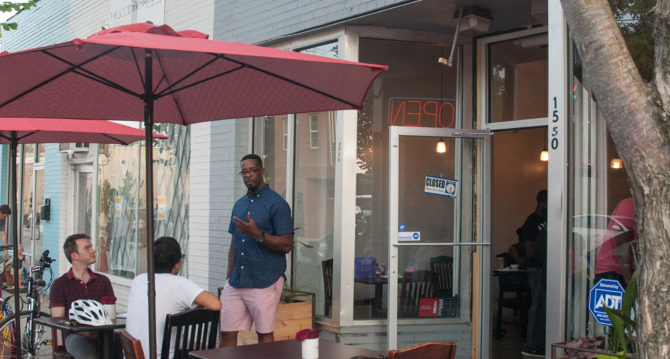 Westview Restaurants in the Press

Thanks to an influx of new businesses, Westview keeps being put back on the map. Eater Atlanta just released “Where to Eat and Drink in Castleberry Hill, West End, and Westview,” and KarbonStar Vitality, Greens & Gravy, and D Cafe made it on the list of places to go.

It should be noted that Greens & Gravy has been given several nods as of lately, such as being picked as Eater Atlanta’s #9 spot of “Atlanta’s Hottest New Brunches, September 2017,” Creative Loafing’s “First Look: Greens and Gravy,” and the AJC’s “This local spot is serving up some seriously good, honey-dripping fried chicken with biscuits.“